Home
How to Guide
Why Did 1366×768 Become Such a Common Screen Resolution For Laptops?

Screens are indeed the most appealing part of all the display devices. Without it being colorful and sharp, the laptop loses its charm. If you are looking for the reason that why the resolution of 1366×768 is a very common screen resolution although very high resolutions are available in the market then read this article. This article contains all answers to your questions in this regard.

What we see depends mainly on what we look for!

The resolution of 1366×768 pixels marks itself as the most common screen resolution nowadays. There are surely a number of reasons for that.

Before exploring the reasons, let us clear some terms used here to understand the answer more clearly.

What is Display Resolution?

What is Display Aspect Ratio?

Every screen consists of a combination of numerous little squares known as pixels. More pixels mean that more information can be provided on-screen and your images and text will be shown clearly. Generally, it is represented as “Width x Height” (For example, 1920 pixels x 1080 pixels).

The laptops are mostly equipped with a low resolution of 1366×768 pixels rather than very high resolutions such as 1920×1080 pixels. It is the reason for this to become a common screen resolution.

The display aspect ratio of a device is its relation with the width and the height. It is shown by two numbers separated by a colon (:).Common aspect ratios for displays include 5:4, 4:3, 16:10 and 16:9.

Most of the laptop screens have a wide display of aspect ratio 16:9. This corresponds to 1366 pixels x 768 pixels. Although this resolution does not match this aspect ratio exactly but is commonly marketed like this.

In 2008, the computer industry introduced 16:9 as a standard for the aspect ratios of laptops and computers. The reason to shift from 4:3 and 16:10 aspect ratios was that the user demanded a widescreen display for movie viewing and game playing.

In 2010, almost all companies started producing devices with 16:9 display aspect ratios. The manufacturing of other devices was progressively decreased. The 16:9 aspect ratio mostly has the resolution of 1366×768 pixels, which helped CAD and CAM operators to view their wide drawings easily.

In 2012, the resolution of 1366×768 pixels became the most common screen resolution across the globe.

REASONS FOR 1366X768 TO BECOME THE MOST COMMON SCREEN RESOLUTION:

166×768 being a low resolution is cheap as compared to other resolutions such as 1920×1080 pixels or 2560×1080 pixels. So, many budget laptops ranging from 500$ to 600$ have this resolution. People prefer budget laptops over expensive ones because most people use laptops for their business works that demand performance. So, resolution can be compromised in front of the performance. That is why it is a very big reason for its popularity and usage.

The Engineers working with CAM or CAD find it very useful, as it displays the wide-area drawings clearly. The word also displays two letter-sized pages on the screen. Hence, this feature contributes heavily to refer to it as the most common screen resolution.

It is very obvious that whenever something is manufactured, the demand and response of the users is kept in mind to make the product easy to sell. When this resolution was introduced, the users liked it very much. Even now, this likeliness has been increasing.

In today’s world, people have become smart. They need devices that are as simple and light-weight as possible. The innovation of notebooks has granted their wish. Notebooks usually come in a resolution of 1366×768 pixels. Due to its wide display and smart working, people are mostly attracted towards these Notebooks nowadays. So, this also marks as a good reason for 1366×768 pixels resolution to become the most common.

Following is an answer given by Phillip Remaker; a Computer Operating Lover:

In the early days of LCD panel production, 1024 x 768 panels seemed to be the sweet spot for price to resolution value, representing a good trade-off between profit and risk of possible manufacturing defects ruining the screen. As a bonus, just about all modern-at-that-time video hardware would support that resolution.

So my theory is that when a lot of LCD manufacturers needed to produce TV screens for a wide aspect ratio, they drew on the experience chain of the 1024 x 768 PC market since the 768-pixel tall form factor was the one with the most installed base.

Since 1366 x 768 displays widescreen video content well, those panels are heavily produced since video watching is an important PC use case. The 1080 pixel tall screens are becoming common now, to represent the 1080 pixel standard of High-definition television. This is actually a step BACKWARDS from the 1200 pixel standard found in high-end 4:3 VGA monitors of yesteryear. xkcd expressed frustration on this point in the strip HDTV”

This question was raised on “Quora”; a place where people share their knowledge with the other world, where questions are asked and people answer the questions. 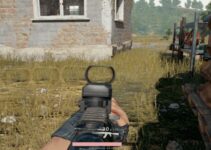 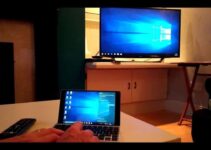 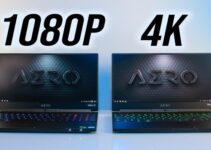 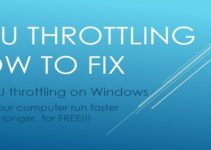 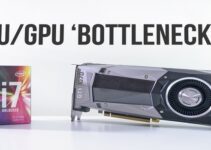 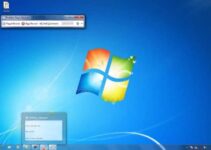